Now referred to as MORE it would remove marijuana from the federal list of controlled substances, where it’s now banned along with the more powerful drugs heroin and LSD.

Opponents, however, and even some supporters acknowledge that legislation will still face serious obstacles if it is ever to become law.

In addition to legalizing marijuana the bill would require federal courts to expunge convictions for marijuana offenses and would include a 5 percent tax on marijuana sales to create a Cannabis Justice Office, allocate federal resources to communities that have been negatively impacted by the war on drugs and allow the Small Business Administration to issue loans and grants to marijuana-related businesses.

It’s believed to be the first time a congressional committee has backed legislation to decriminalize marijuana at the federal level. Eleven states and Washington, D.C., have already done so.

But there are many more steps that must be cleared before the measure can ever become law.
For one, the Judiciary Committee is only one of seven other House committees all looking at this and any or all of them could enter the debate with different views or terms of reference.

And there are no guarantees that this, or any amended bill would pass the Democratic-led House because there is division over whether to try to push through sweeping legislation in a format like the MORE Act or to go slower covering one aspect at a time.

The biggest hurdle, irrespective of any finalized terms the Bill tries to enact will be its arrival in the Republican-controlled Senate. Both opponents and supporters agree on this.

Doug Collins of Georgia, the ranking Republican on the Judiciary Committee, stated Wednesday that “This bill is nearly devoid of bipartisan support”.

Ken Buck of Colorado, another Republican on the committee, said he didn’t think a majority of the Republicans will support this bill and it is even less likely that the Senate would take it up.

The legislation’s primary sponsor, Jerrold Nadler, D-N.Y., the committee’s chairman, said he, too, assumed that the Senate wouldn’t accept the bill “as it stood”. But he said he didn’t agree with the argument that “the Senate won’t take this bill”.

One factor politicians will need to take into account is that in a recent survey from the Pew Research Center, more than half of U.S. adults said medical and recreational marijuana should be legal, with only 8 per cent of adults saying it should be illegal in all forms.

With elections looming Democrats could well try to use Republican opposition as a means of showing they are out of touch with voters views, particularly in those states where marijuana has been legalised some of which could be crucial in deciding the outcome.

Should the bill ever make it through Congress, it must then be signed by the president before becoming law.
President Donald Trump hasn’t explicitly said whether he thinks the federal government should be in the business of regulating marijuana. The closest he came was in April 2019, when he said he could support legislation that provided protection over legal marijuana activities in states that had approved them.

Apart from all the arguments for and against legalization the current situation where marijuana is legal in some states but illegal at a federal level defies logic. As someone commented, a visitor to a state where recreational use is legal, who then leaves the US and attempts to return, could be denied entry if, on the visa application, admitted using the drug even though it had been perfectly legal to do so when previously in the country.

This site uses Akismet to reduce spam. Learn how your comment data is processed. 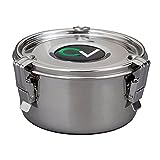 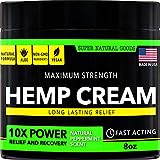 We offer very competitive advertising opportunities for Marijuana Cannabis and Hemp products, services and related equipment. For details please use our Contact Form

WAIT!Don't You Want a Free Listing?

A Free Listing costs nothing.

We won't pester you to Upgrade!